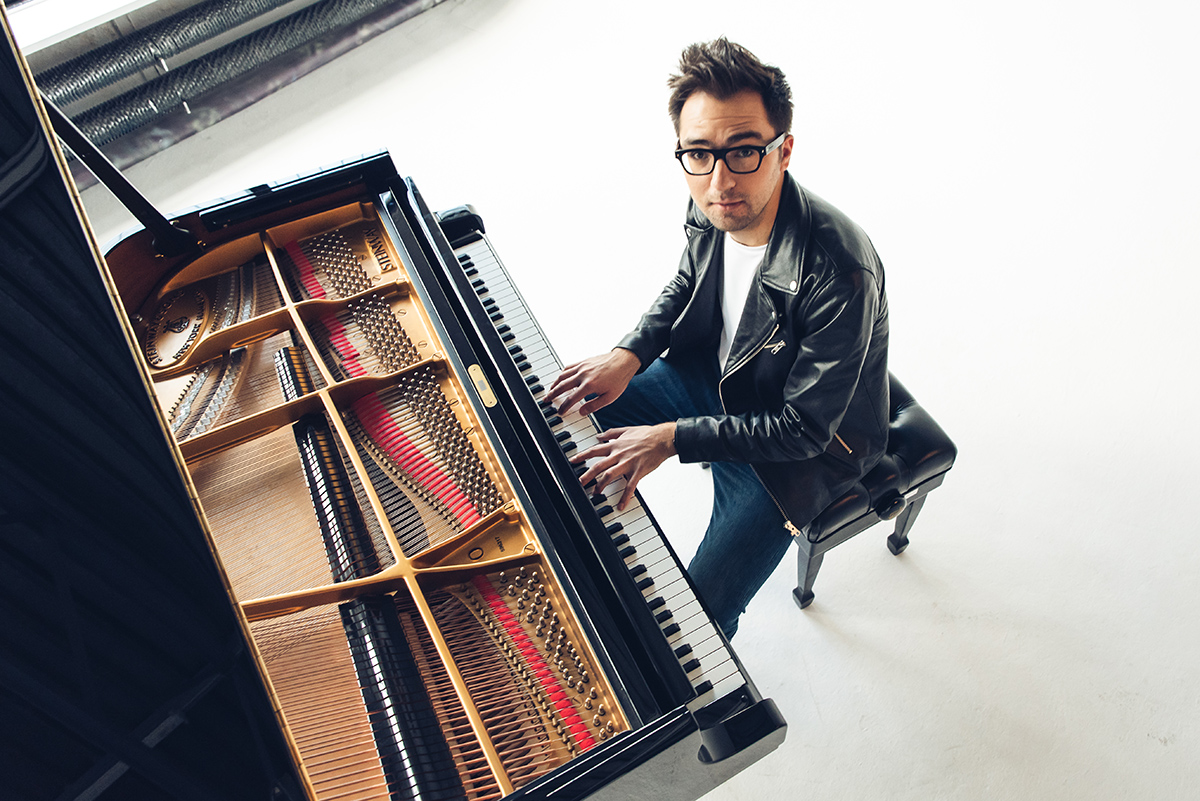 Aleksander Dębicz is one of the most versatile pianists and composers. A native of Poland, he has toured both at home and abroad in numerous countries and has 4 albums and numerous compositions to his name. A graduate of the Fryderyk Chopin University of Music in Warsaw studying piano under Prof. Elżbieta Tarnawska, he perfected his skills in International Master Classes working under the direction of world-renowned pianists and educators including Robert Levin, Andras Schiff and Andrea Bonatta.

Dębicz’s unique style includes improvisations on original music, often combining this with the repertoire of classic masters. His original works are innovative, wide ranging in style and unforgettable. In his work, he has been showing a passion for film art for many years and it is in this direction that he is currently pursuing.

His debut album in 2015, "Cinematic Piano" (Warner Classics) features 12 of his own compositions inspired by the art of film. Such music is one of his passions and he subsequently has composed music for films, radio plays and theatre. His collabo-rations in this genre include the Polish Theatre in Warsaw and The Juliusz Słowacki Theatre in Krakow. In 2019 Dębicz won an award at the Dwa Teatry Festival for the best original music which he wrote and performed for adaptation for radio of Tolstoy’s classic “Anna Karenina'', directed by Katarzyna Michałkiewicz.

In 2017 Dębicz released his second album together with the cellist Marcin Zdunik.“Bach Stories” (Warner Classics), a double album featuring both original Bach chamber works and improvisations inspired by them. The project was the product of a long collaboration between the two during which many pieces were developed through the same process. The album was nominated for the Fryderyk 2018 award.

Other notable collaborations include that with saxophonist and composer Szymon Nidzworski with whom Dębicz crafted the hauntingly beautiful soundtrack to the film “Dotknięcie”, released in 2018. In 2018, he released his third album "Invention" (Warner Classics). On the album, Dębicz showcases his interpretation of a set of J.S. Bach Inventions and Sinfonias, plus some original compositions, inspired by Bach and hip hop music. The album, which received enthusiastic reviews, was nominated for 2019 Fryderyk award.

In 2021 Dębicz released his fourth album „Adela” in duo with the guitarist Łukasz Kuropaczewski and with guest appearance of the countertenor Jakub Józef Orliński. The repertoire on this album connects seemingly opposite musical worlds, which get close to each other by completely new arrangements of classical music masterpieces by Bach, Scarlatti or Ravel, as well as new Dębicz’s compositions and songs. The entire repertoire on this album was arranged by Aleksander Dębicz.

In April 2019, a new track by Dębicz was released, "The Union", composed to commemorate the 15th Anniversary of Poland's accession to the European Union. In November 2020 another single was released - „Victoria 1920” - jazz piece for piano, saxophones and drums written on the occasion of the event commemorating the 100th anniversary of the Battle of Warsaw.

During his career Dębicz has won numerous awards, e.g. in 2013 he won the Transatlantyk Instant Composition Contest, the only one in the world contest in simultaneous film improvisation.

When the emergency measures came into force in 2020 Dębicz did not stop working. The world was treated to a series of micro-recitals on his Facebook page. Followers became intimately acquainted with his home music studio, his colourful outfits and his dog.

And there were more; collaborations with guitarist Lukasz Kuropaczewski, counter tenor Jakub Józef Orliński and saxophonist and composer Szymon Nidzworski. Some of the recitals were new pieces, including a song in which Orliński sings in his natural baritone register and Dębicz even filmed Orliński performing a fun rap piece. Notable though was his new work with Nidzworski, The Return of Sandmores.

In amongst all of the above Dębicz performed several formal recitals on both social media and the radio, including some from empty concert halls. Dębicz and Orliński also took part in the Gramophone Classical Music Awards Winners’ Lockdown Charity Gala, where they performed their collaboration “Stay at Home” which received an effusive review in The Times.