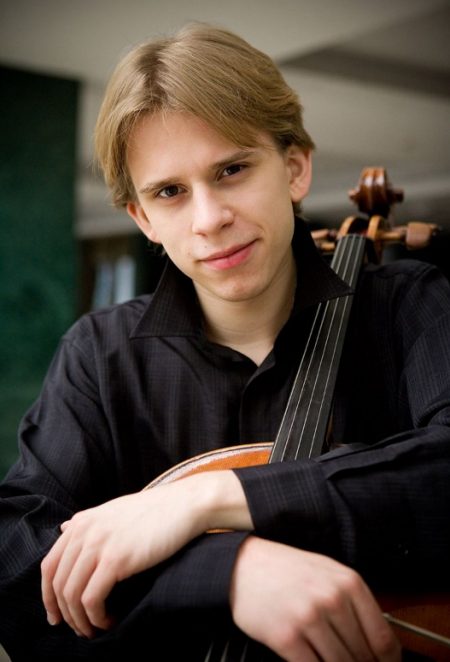 Polish cellist, soloist and chamber musician. His repertoire ranges from renaissance to contemporary music, he improvises, composes and performs his own arrangements.

Marcin Zdunik has been invited to perform at prestigious festivals – The BBC Proms Festival in London, Progetto Martha Argerich in Lugano and Chopin and his Europe in Warsaw. Giving solo concerts in many European countries, the USA and Korea Marcin Zdunik has co-operated with many renowned ensembles, e.g. the Sinfonia Varsovia Orchestra, Warsaw Philharmonic Symphony Orchestra, Prague Chamber Orchestra, the European Union Chamber Orchestra, the City of London Sinfonia, Bournemouth Symphony Orchestra and distinguished conductors, such as Andrey Boreyko, Antoni Wit and Tadeusz Strugała.

He regularly shares the stage with reputable musicians – Nelson Goerner, Gerard Causse, Krzysztof Jabłoński, Krzysztof Jakowicz, Jose Gallardo and Modigliani Quartet. He performed with Gidon Kremer, Yuri Bashmet and Tatjana Grindenko at the festival Chamber Music Connects the World in Kronberg. He has performed as a soloist at many renowned concert halls, e.g. the National Philharmonic Concert Hall in Warsaw, the Rudolfinum in Prague, Carnegie Hall in New York, Cadogan Hall in London, Tchaikovsky Conservatory in Moscow, the Hermitage Theatre in St. Petersburg, Konzerthaus Dortmund and the Slovak Philharmonic in Bratislava.

In 2007 Marcin Zdunik won the first prize at the VI Lutoslawski International Cello Competition in Warsaw (Poland). He was also awarded the Grand Prix for an outstanding performance of Lutoslawski’s Cello Concerto and received nine other prizes. In 2008 he represented the Polish Radio in Bratislava (Slovakia) at the International Forum of Young Performers (IFYP) organized by the European Broadcasting Union where he won the 2008 New Talent title.

In 2010 he got Polish TV Culture Award, Gwarancje Kultury and Fryderyk Music Award 2010 for the album: Haydn, Denisov „Cello Concertos”. More recently he recorded complete Robert Schumann’s works for cello and piano (2014, with Aleksandra Świgut), Mieczyslaw Weinberg’s “Fantasia for cello and orchestra” (2015, with Sinfonia Varsovia Orchestra and Andres Mustonen) and a duo album „Bach Stories” including works by Johann Sebastian Bach and improvisations related to them (with Aleksander Dębicz, Warner Classics 2017).