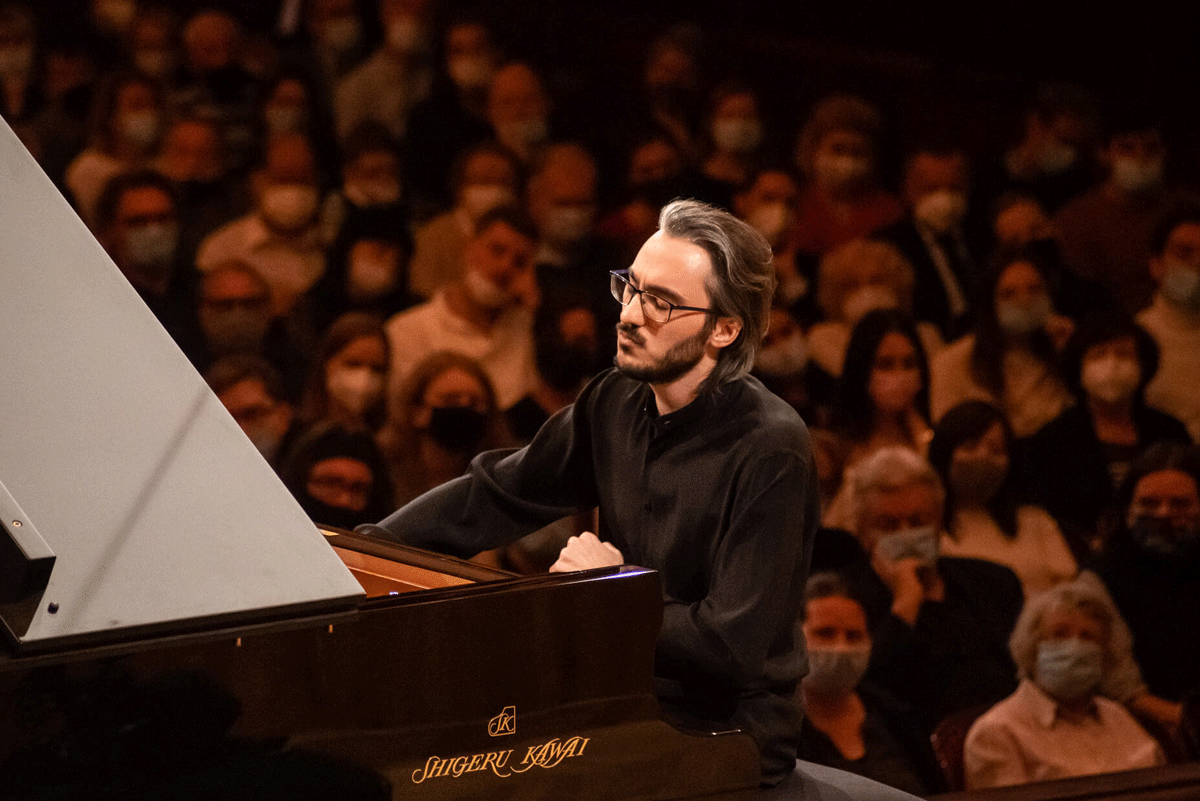 Musical exposure and Central European culture: Alexander Gadjiev owes the first to his family, with both parents being piano teachers and musicians, and the second to Gorizia – his city of origin – a natural crossroads of peoples, cultures and languages. These factors have both had a determining influence on his natural ability to absorb, process and rework, to his own taste, different musical styles and languages. Tutored by his father, a well-known Russian teacher, Alexander played for the first time with an orchestra at the age of nine, and held his first solo recital aged ten. He was awarded his diploma at the age of seventeen, with the highest marks and honours. This allowed him to participate in the Premio Venezia – a competition reserved for the best young talents in Italy – and to win the 30th edition of the award. Alexander has just received the Second Prize and the “Krystian Zimerman Prize for the best performance of a Sonata” at the”18th Chopin Competition” in Warsaw. A few months before he won the First Prize and several other prizes the 2021 Sydney International Piano Competition.