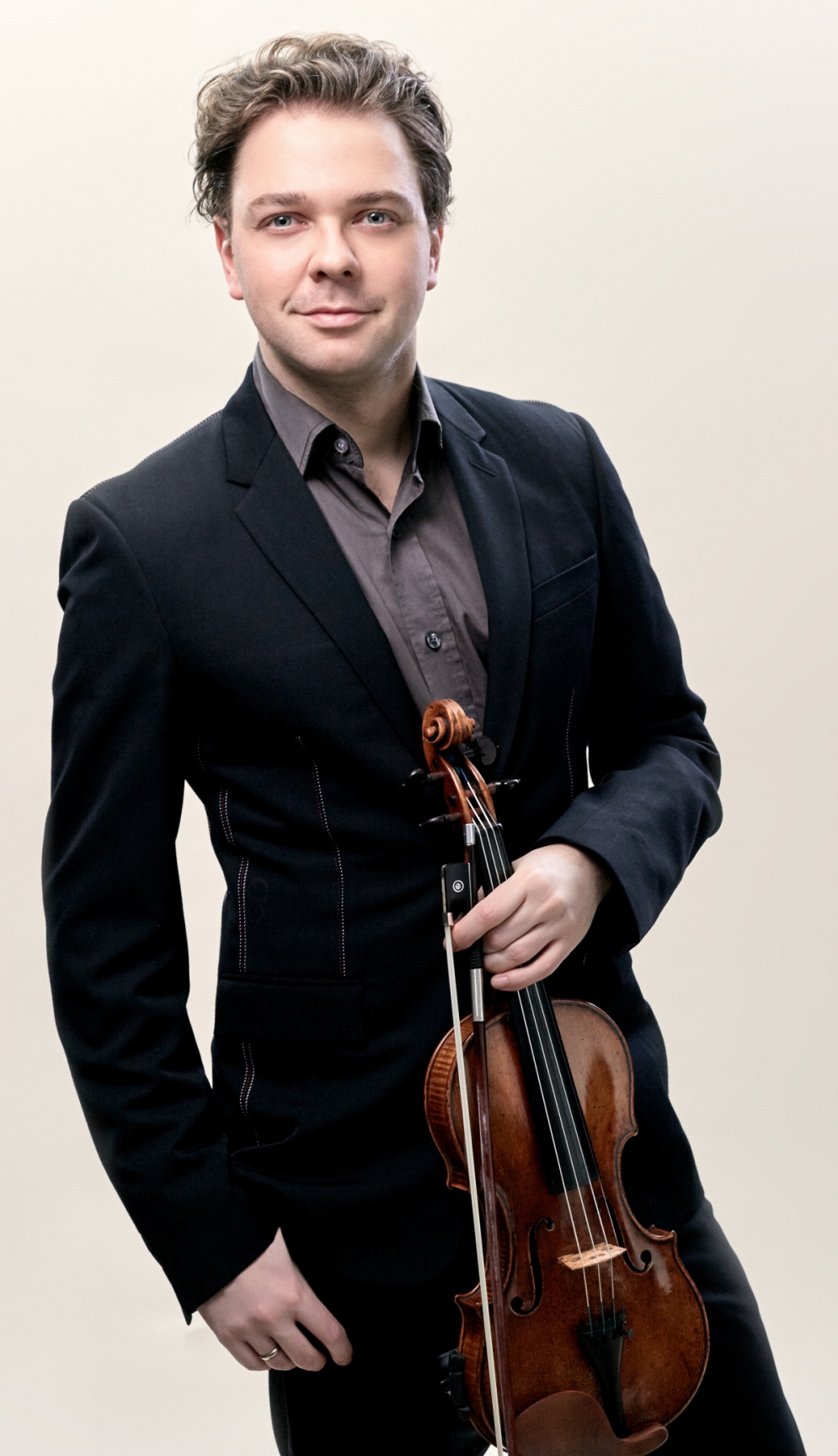 Alexander Sitkovetsky was born in Moscow into a family with a well-established musical tradition. His concerto debut came at the age of eight, and in the same year he moved to the UK to study at the Menuhin School. Lord Menuhin was his inspiration throughout his school years and they performed together on several occasions.

Alexander is a regular guest soloist in nationwide tours of the UK, including tours with the Brussels Philharmonic, St Petersburg Symphony Orchestra, and the Tonkünstler Orchester.

The forthcoming season will see him perform with the Residentie Orkest The Hague, Anhaltische Philharmonie Dessau, Camerata Zurich, Anima Musicae Chamber Orchestra and return to the London Philharmonic Orchestra, Camerata Salzburg, Arctic Philharmonic and the Welsh National Opera Orchestra. He will furthermore embark on a UK Tour with the Russian Philharmonic Novosibirsk as well as several US Tours with the Chamber Music Society of Lincoln Center.

Alexander was awarded 1st prize at the Trio di Trieste Duo Competition alongside pianist Wu Qian. He is an alumnus of the prestigious ‘Chamber Music Society Two’ programme at the Lincoln Center, and in 2016 received the Lincoln Center Emerging Artist Award. Alexander is a founding member of the Sitkovetsky Piano Trio, with whom he has won various prizes including the Mecklenburg Vorpommern Kammermusik Prize. The trio has performed all over the UK and Europe including Alte Oper Frankfurt, Concertgebouw Amsterdam and Wigmore Hall, and will be touring Asia in September 2018, with concerts in South Korea, Singapore and Japan. Alexander has also played in a String Quartet project with Julia Fischer since 2012, meeting once a year to perform in some of Europe's most prestigious venues.